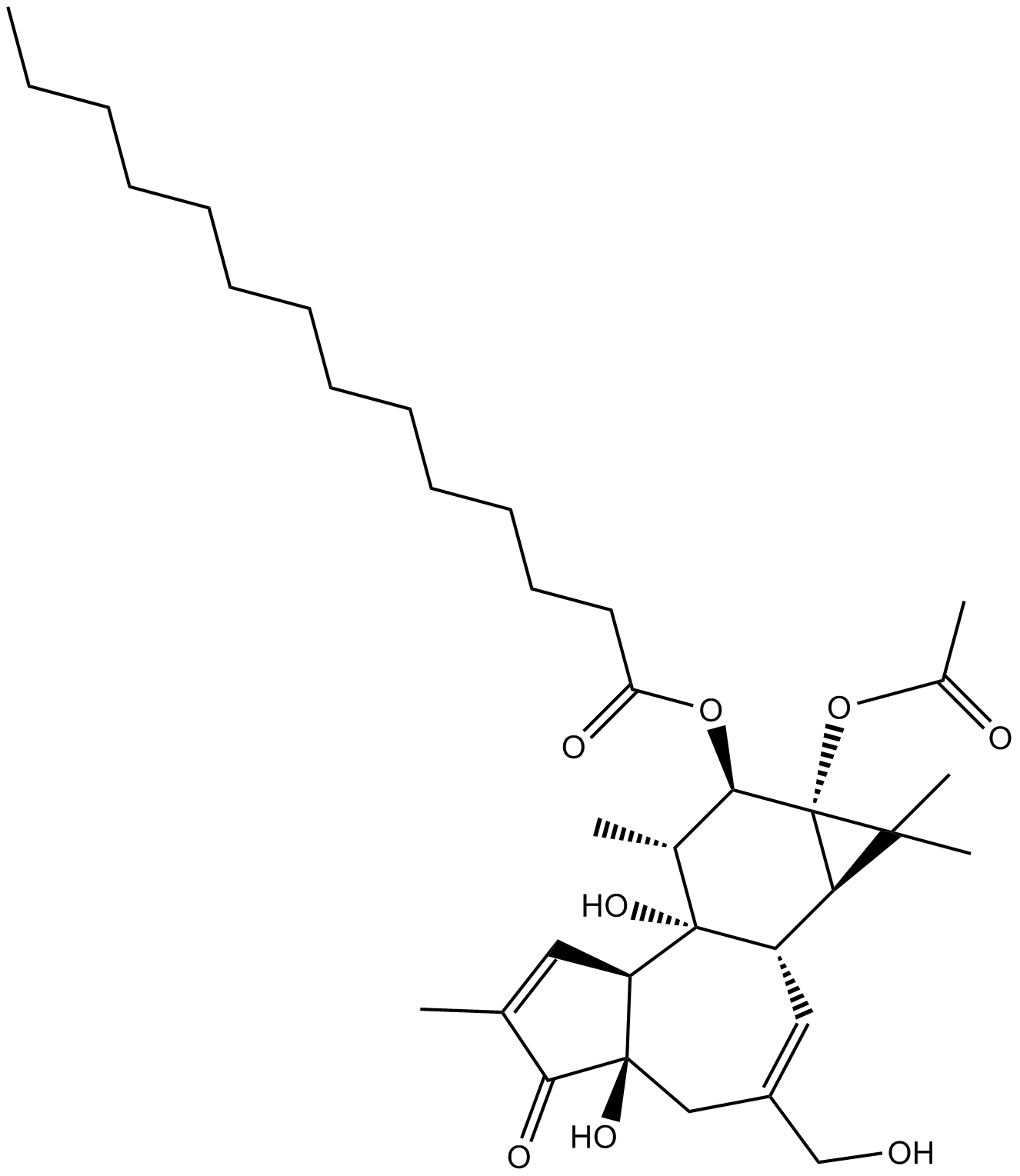 12-O-tetradecanoyl phorbol-13-acetate (TPA) is an activator of ERK/MAPK with the concentration of 50μm [1].

ERK is an extracellular signal-regulated kinase and transfers signals from a receptor on the cell surface to DNA cooperated with MAPK. It is reported that ERK deficiency leads to the cell uncontrolled growth and is regarded as a target to cure cancers.

It is also reported that TPA treatment increased the accumulation of immature myeloid cells and the formation of papillomas during epidermal carcinogenesis (important in the tumor formation) when tested with S100A9 transgenic mice [4].