A23187 (A-23187) is an antibiotic and a unique divalent cation ionophore (like calcium and magnesium). 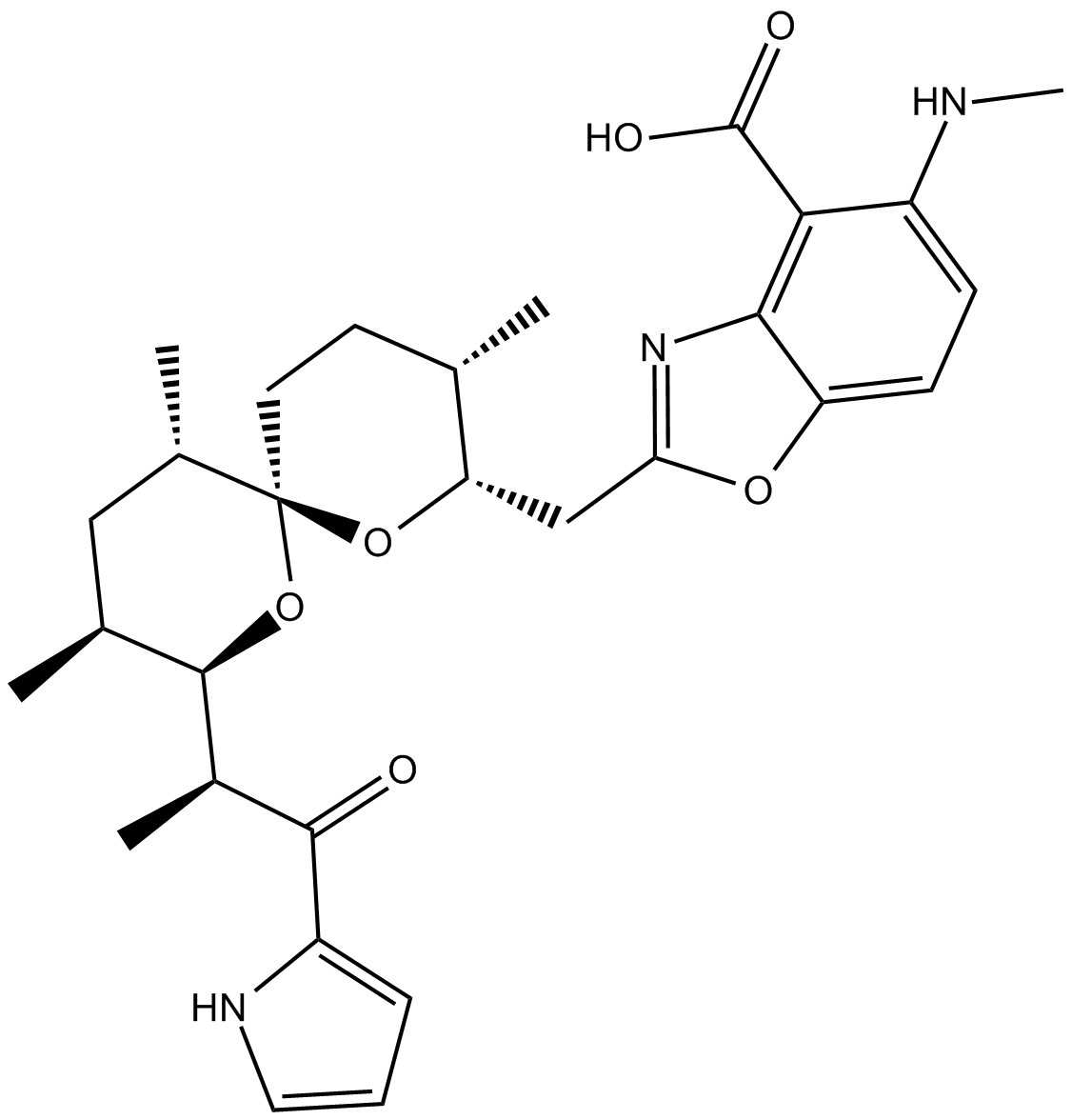 A23187, free acid is a Ca2+ ionophore. In rat Kupffer cells, A23187 induced hydrolysis of phosphoinositides to inositol phosphates and released inositol phosphates from the cells in a concentration- and time-dependent way [1]. In HL-60 cells, A23187 increased intracellular Ca2+ levels. Also, A23187 generated reactive oxygen species (ROS) both in intracellular and extracellular and induced apoptotic cell death, which was dependent on mitochondrial permeability transition [2]. In ileal muscle, A23187 (10-5 M) induced initial contraction and small rhythmic contractions with decrease in phosphocreatinine (PCr), ATP and glycogen contents under hypoxic conditions. However, A23187 (10-5 M) induced initial contraction and successive rhythmic contractions with a significant decrease in the ATP and glycogen contents in glucose-free medium [3]. In rat C6 glioma cells that was resistant to ZnCl2 (250 μM), A23187 (100 nM) and Zn2+ (150 μM) significantly induced apoptosis. Also, A23187 (1.9 nM) significantly increased the intracellular mobile Zn2+ content. These results suggested that the apoptosis induced by Zn2+ and A23187 was the result of increased Zn2+ influx induced by A23187 [4].