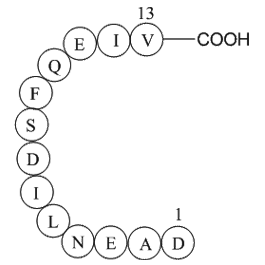 The cloned complementary DNA sequence encoding the human gonadotropin-releasing hormone (GnRH) precursor protein was used to construct an expression vector for the bacterial synthesis of the 56-amino acid GnRH-associated peptide (GAP). GAP was found to be a potent inhibitor of prolactin secretion and to stimulate the release of gonadotropins. Active immunization with peptides corresponding to GAP sequences led to greatly increased prolactin secretion.

Gonadotropin-releasing hormone (GnRH) is known and named for its essential role in vertebrate reproduction. Release of this decapeptide from neurons in the hypothalamus controls pituitary gonadotropin levels that, in turn, regulate the gonadal state. The importance of GnRH is underscored by its widespread expression and conservation across vertebrate taxa. Also, GnRH-associated peptide (GAP) is co-secreted with GnRH into the hypophyseal portal bloodstream.