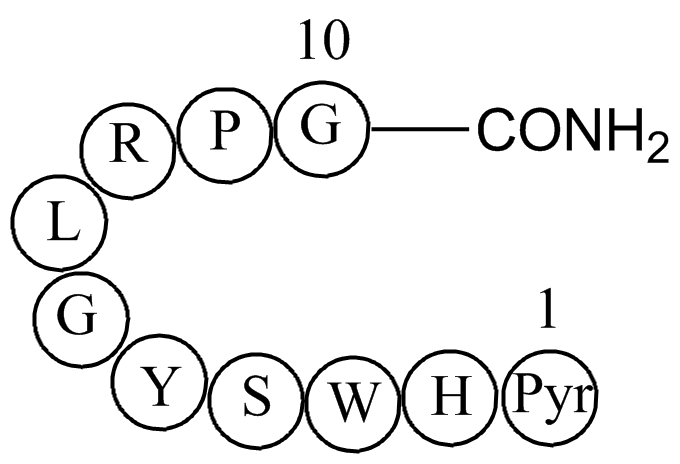 MMP-2 (matrix metalloproteinase-2) and MMP-9 (matrix metalloproteinase-9) belong to the MMP family that play an important role in the breakdown of extracellular matrix (ECM) in normal physiological processes, for example, embryonic development, reproduction, and tissue remodeling, as well as in disease processes, such as arthritis and metastasis [2].

When tested with Ishikawa and ECC-1 cell lines, LHRH resulted in the increase of MMP-9 expression which induced cell invasion and it was also showed that GPR101 mediated the LHRH activity and cooperated to function in the metastatic potential of endometrial cancer cells [1]. In human decidual endometrial stromal cells, LHRH with its receptor induced the activation of MMP-2 and MMP-9 [2].