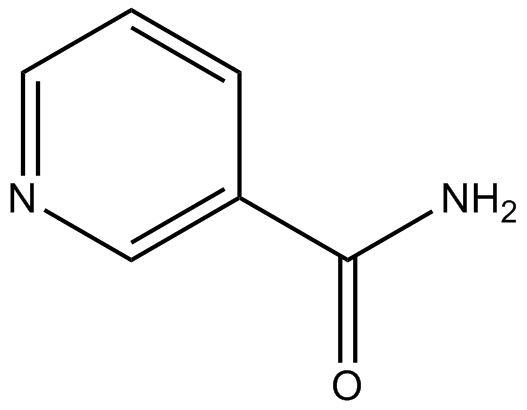 In vitro: Previous findings suggested that nicotinamide had a protective effect against PARP-1-induced astrocyte death. The transporter-mediated uptake of nicotinamide, which was extracellular pH-sensitive and common to N-methylnicotinamide, was found to be critical for prevention of PARP-1-triggered cell death [1].

In vivo: Type 2 diabetes was induced in Wistar rats by streptozotocin followed by nicotinamide. Test compounds and standard treatment were continued for 15 days. Results showed that there was significant normalisation of liver antioxidant enzymes compared to diabetic rats, suggesting all the tested compounds were beneficial in reducing oxidative stress [2].

Review for Nicotinamide (Vitamin B3)