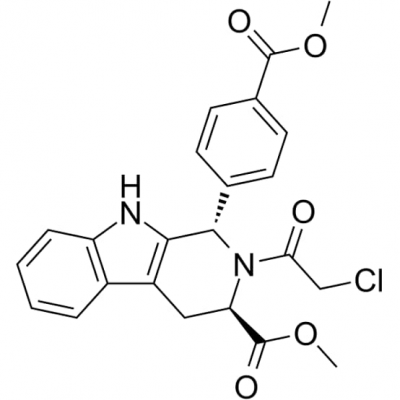 RSL3 is also called RAS-selective lethal 3. It is a small molecule that can inhibit the action of GPX4, which leads to the ferroptosis of the cells. Ferroptosis is defined as the non-apoptotic type of cell death which is iron-dependent. In the presence of iron, or due to the accumulation of iron within the cells, various kinds of enzymes are active, which leads to ferroptosis. This increase in the accumulation of iron results in an increase in the level of lipid peroxidase enzymes within the cells. 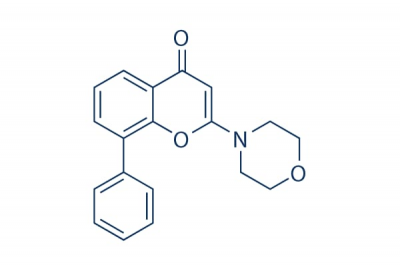 It is the first novel synthetic compound that is used to inhibit the actions of PIK3. It is exclusively considered that LY294002 has a selective inhibitory role for PIK3, but the latest research indicated that it not only inhibits the PIK3 but also inhibits the other lipid kinases as well along with the inhibition of some unrelated proteins. This PI3K, which is an abbreviation of phosphatidylinositol 3-kinases, is an enzyme that belongs to the kinase family and has important functions related to some cellular signals for growth, survivability, proliferation, and for specified functions of particular cells. 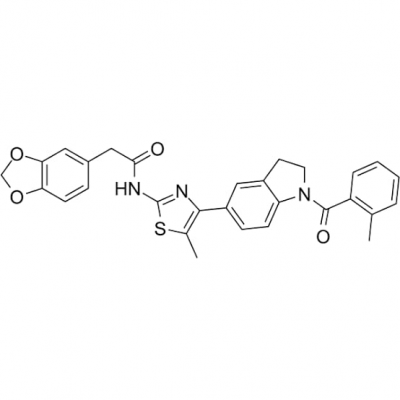 It is defined as a novel synthetic compound that can block transcription activity by inhibiting the action of Nrf2. Nrf2 is also called nuclear factor erythroid 2-related factor 2. The nrf2 signaling pathway gives the therapeutic approach to the researchers to treat the various kinds of inflammatory, metabolic, cardiovascular, and neuro-inflammatory disorders. It is because it initiates the homeostatic response against the changes in the metabolism and inflammatory responses. 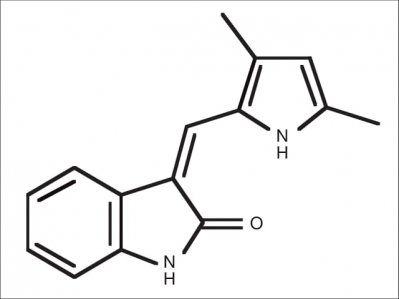 SU5416 is a small, protein bounded, lipophilic in nature molecule, that has the potential to act as an inhibitor for the receptor tyrosine kinase of the vascular endothelial growth factor receptor 1 and 2. With relation to the kinase domain, it can also inhibit the adenosine triphosphate as a competitive inhibitor. 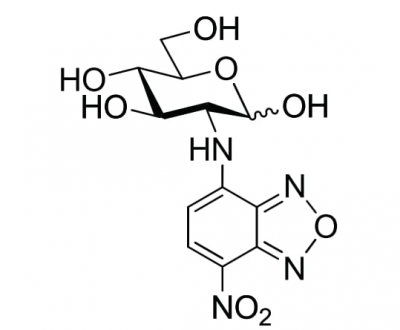 As we know that all cells required a molecule from which they acquired energy with the help of metabolic processes. Almost most living cells require glucose molecules to fulfill their energy requirements and regulate the level of glucose within the body with the help of homeostasis. Meanwhile, when this regulation or homeostasis of glucose within the body or cell gets disturbed, there will be an increase in the incidence of various kinds of disorders like diabetes mellitus. 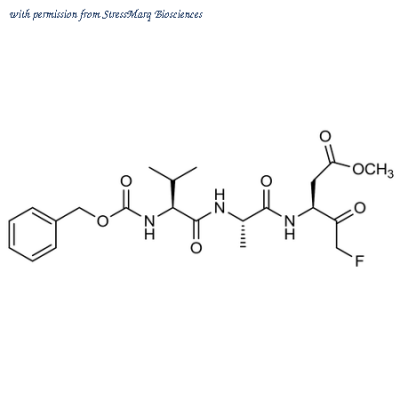 Z-VAD-FMK, which is referred to as (carbobenzoxy-valyl-alanyl-aspartyl-[O-methyl]- fluoro methyl ketone) is the type of inhibitory molecule that can block the process of apoptosis by inhibiting the caspase enzyme. This caspase inhibitor influences the three types of cellular deaths. First, it can inhibit apoptosis. Moreover, it can also sensitize the cells to undergo necrosis along with the induction of autophagy. Studies also explained the involvement of kinase RIP1, cyclophilin-D complex, and ANT. 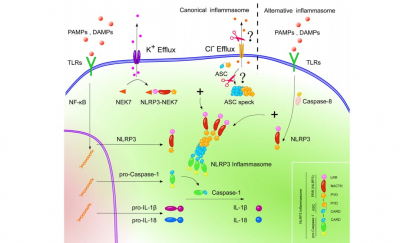 MCC950 is defined as the specific compound containing diarylsulfonylurea that can be specifically used for the inhibition of the inflammasome by blocking the NLRP3. Inflammasomes are defined as the combination of the multi-protein complex that has a potent role in immunity and inflammation. The major components which are required for the assembly of inflammasome include caspase-1 enzymes, which is a cysteine protease, PRR as a sensor (pattern recognition receptor), and ASC which is defined as the apoptosis-associated CARD. This PRR has three major types of node-like receptors including NLRP1, NLRP3, and NLRC4 along with the AIM2 that are required for the formation of an inflammasome. Among them, NLRP3 inflammasome plays an important role in innate immunity by secreting various kinds of cytokines including IL-1β and IL-18, which triggers the pyroptosis of the cells. 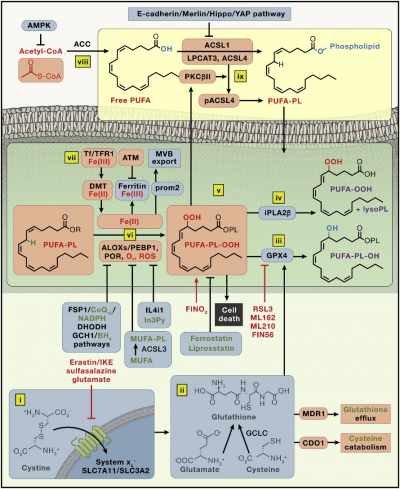 Brent R. Stockwell, the author of the origin of the popular research direction of Ferroptosis (ferroptosis), wrote a review of research progress for the 10th anniversary of ferroptosis and published it in the journal Cell with an impact factor of 66.85 (2022). The projects and amounts of the National Natural Science Foundation of China that have won bids in this direction are increasing year by year, and related research papers have repeatedly topped the official CNS journal! 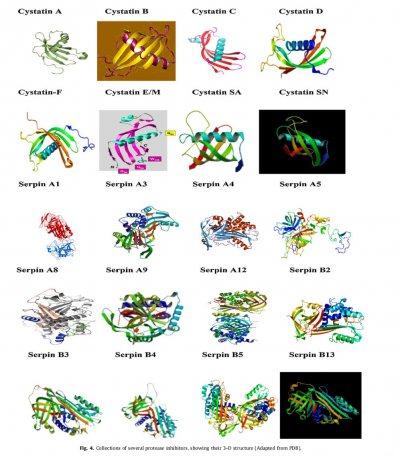 As we know that the living cell consists of many enzymes. Some of them are protease in nature which can be able to degrade all the proteins within the cell in an uncontrolled manner. These proteases include metalloproteases, aspartic acid proteases, serine proteases, and also are in the form of aminopeptidases. Basically, within the cell, there is protein translation and degradation that occur side by side. The old organelle or proteins which are present within the cells are first degraded with the help of these proteases enzymes into their constituents including amino acids, or peptides. After that these amino acid residues are used by ribosomes for the translation of new proteins. 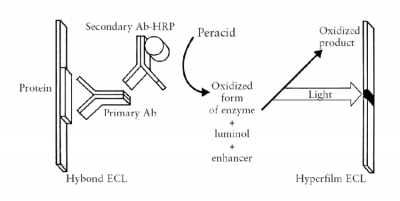 The ultra-high sensitivity ECL kit is also defined as the electrochemiluminescence kit which is designed to identify a wide variety of antigens. It works on the principle of luminance in which it gives luminance upon the oxidative reaction of luminol in the presence of peroxide and HRP. HRP is called horseradish peroxidase, which in the presence of peroxide, converts luminol into a product that is in oxidized form due to oxidative reaction, giving fluorescence. Then the results of these samples are optimized with the help of any imaging device or any X films. This ultra-high sensitivity ECL kit produces a more uniform and stable color upon a reaction that in return is beneficial to identify low abundant proteins within the sample.