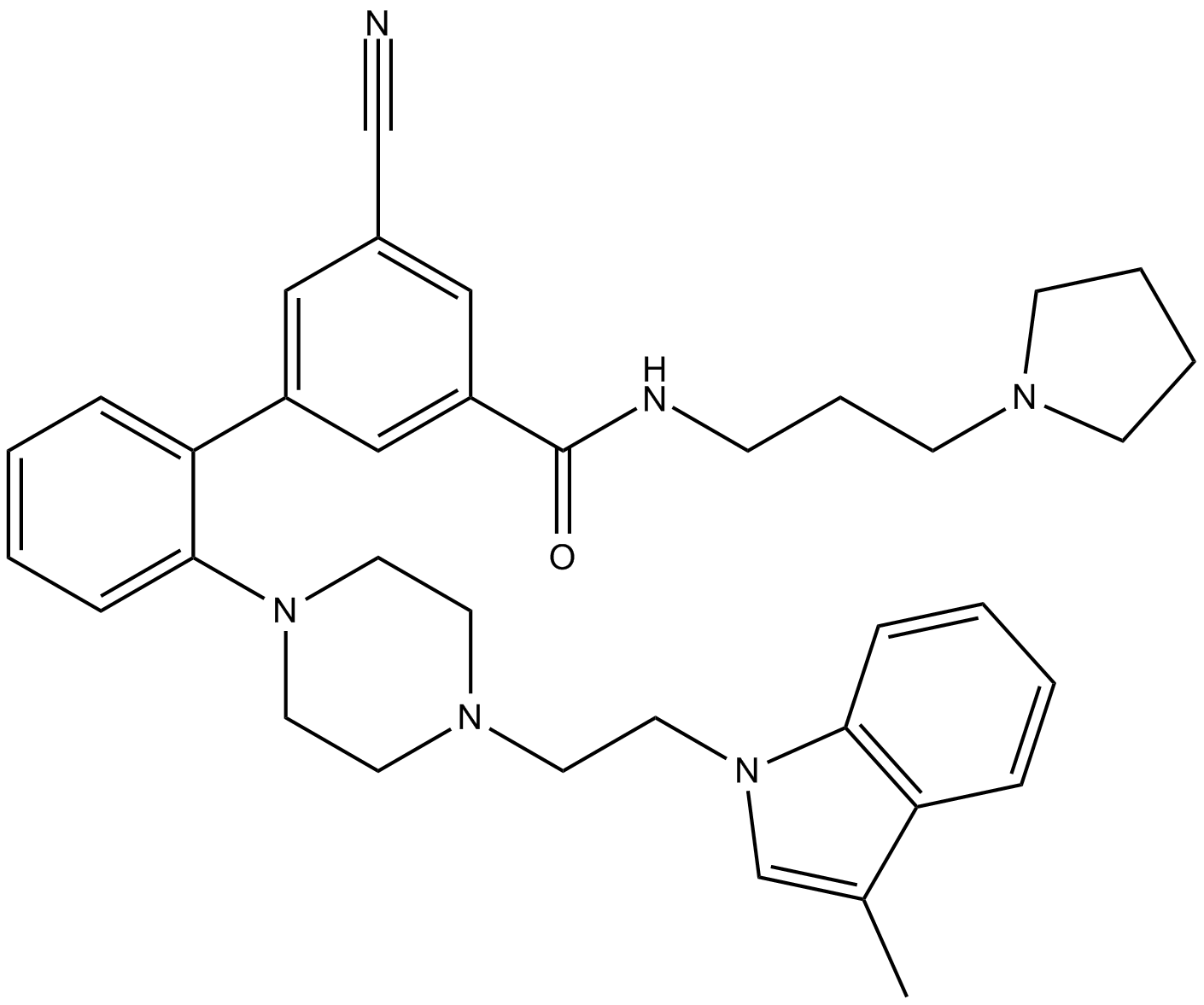 SMYD2, a lysine methyltransferase, catalyzes the monomethylation of several protein substrates including p53. SMYD2 is reported to be overexpressed in a significant percentage of esophageal squamous primary carcinomas, and such overexpression related with poor patient survival.

In vitro: LLY-507 has been identified as a cell-active, potent small molecule inhibitor of SMYD2. LLY-507 was found to be >100-fold selective for SMYD2 over a broad range of methyltransferase and non-methyltransferase targets. The crystal structure of SMYD2 in complex with LLY-507 showed it bound in the substrate peptide binding pocket. LLY-507 was active in cells as demonstrated by the reduction of SMYD2-induced monomethylation of p53 Lys(370) at submicromolar concentrations. Furthermore, MS-based proteomics indicated that cellular histone methylation levels were not affected by SMYD2 inhibition with LLY-507 significantly, and subcellular fractionation studies showed that SMYD2 was primarily cytoplasmic, indicating that SMYD2 targeted a small subset of histones. Moreover, LLY-507 was able to inhibit the proliferation of several liver, esophageal, as well as breast cancer cell lines in a dose-dependent manner [1].

In vivo: So far, there is no animal data reported.

Clinical trial: Up to now, LLY-507 is still in the preclinical development stage.